We had this little one pup litter, by our Blue Boy "Kane" BPIG Ch. Anamchara Prototype, and her dam was a fav that i had tried to aquire more than once, "Grace" Ch. Dynestar High Society.   So our baby was born C Section, and who would have thought this one pup would have such an amazing show career!

Being a "Star" even in the whelping box, well she thought she was anyways! :) 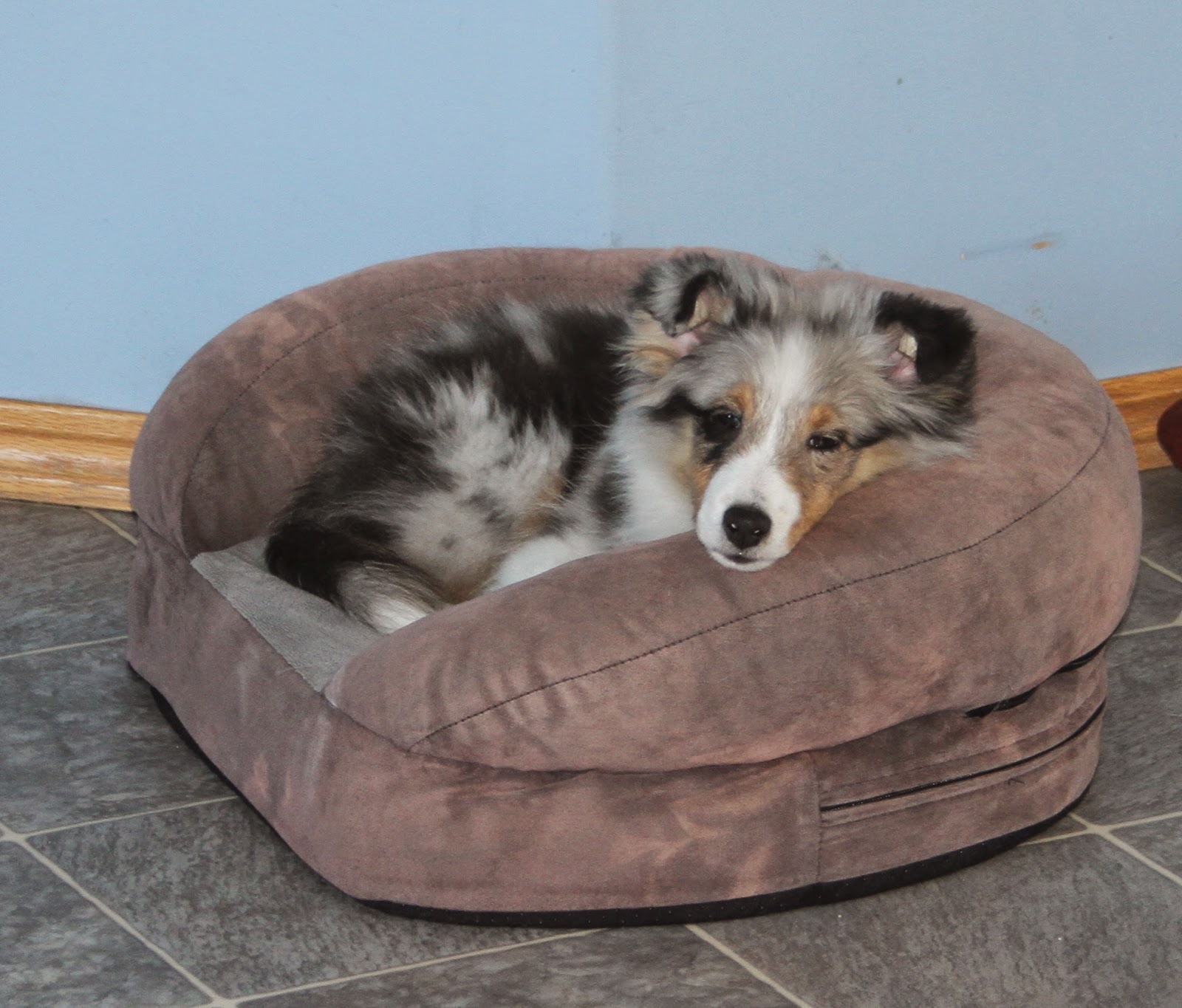 We went out the first weekend, as a baby puppy and won her baby puppy class at the Specialty in SK! 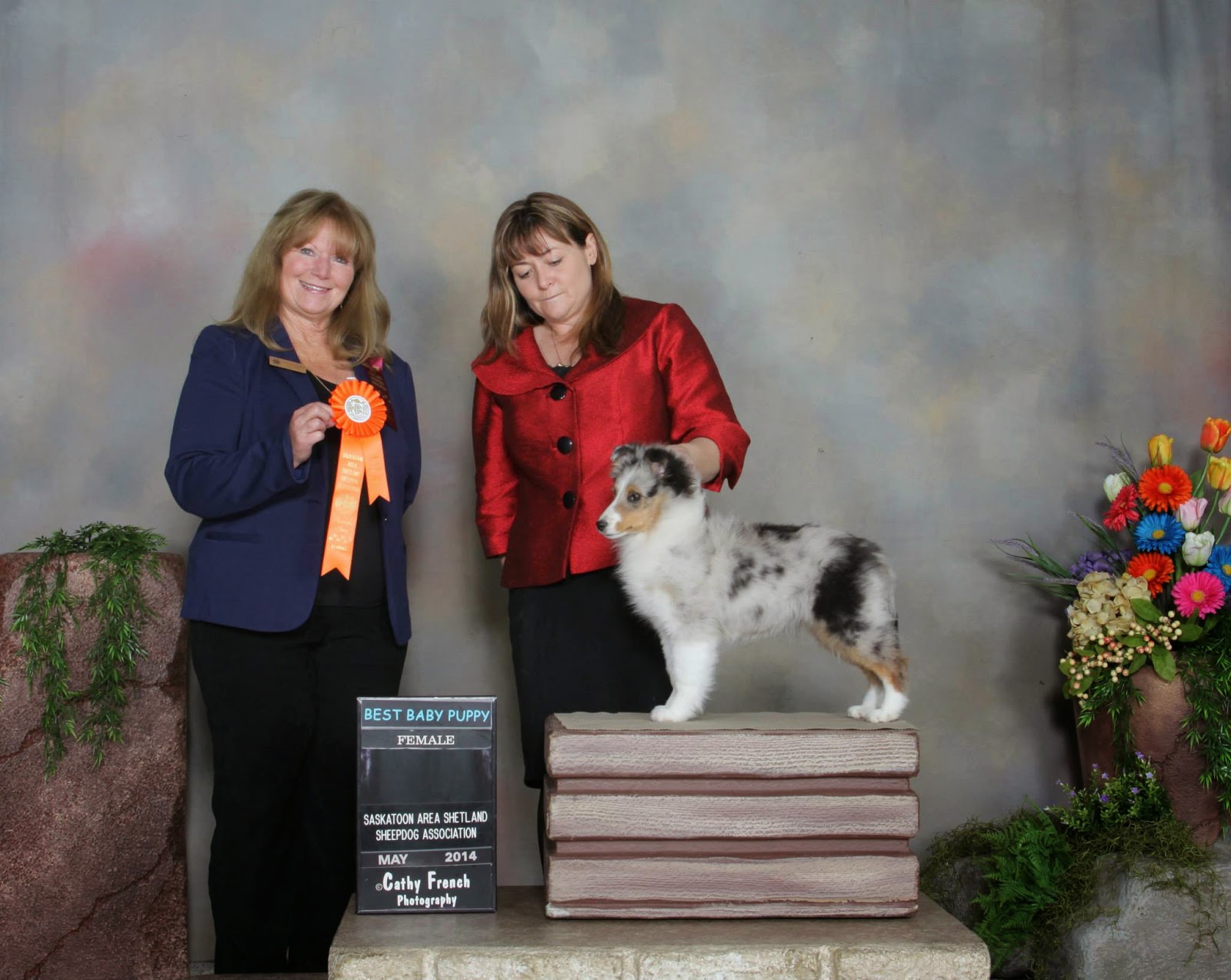 Her first real weekend she was 6 months and a few days old, and came home half finished her Championship!

We wanted her to have some fun (and training) so we sent her out to Trina Neil and Connie Krohn, our handlers and good friends.

Suri finished in the first weekend she was with them, and got herself a couple Puppy Group to start out!

Suri has far surpassed any of our dogs, as a lovely show girl, outstanding mover, and what a personality!  She has won a Best in Sweeps in Specialty in the CSSA Regional, and all breed Best in Sweeps, 19 best puppy in Groups, and SIX Best Puppy in Shows!  She also has been placing in the adult group beating some very mature and top dogs in Canada!  We are very pleased! 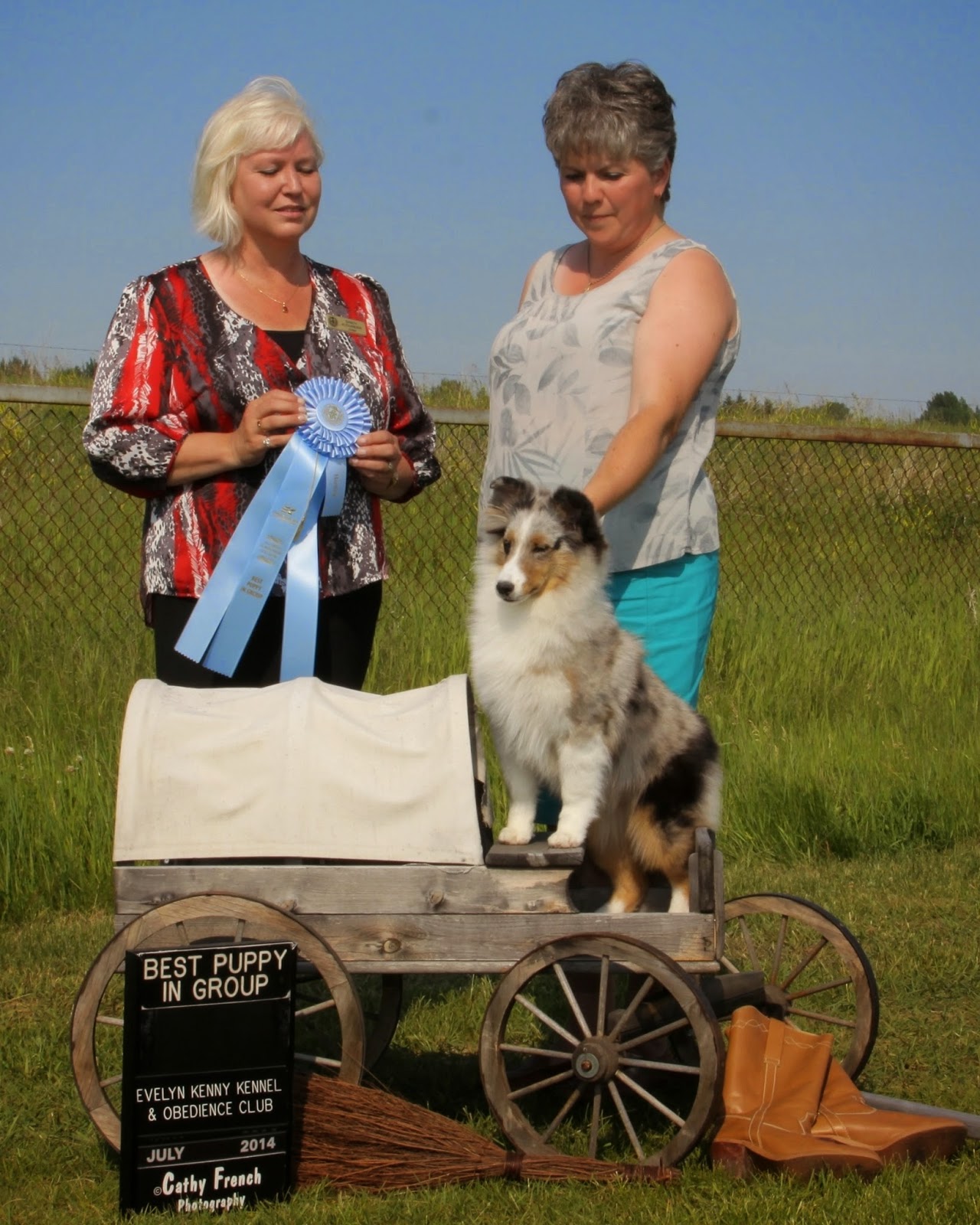 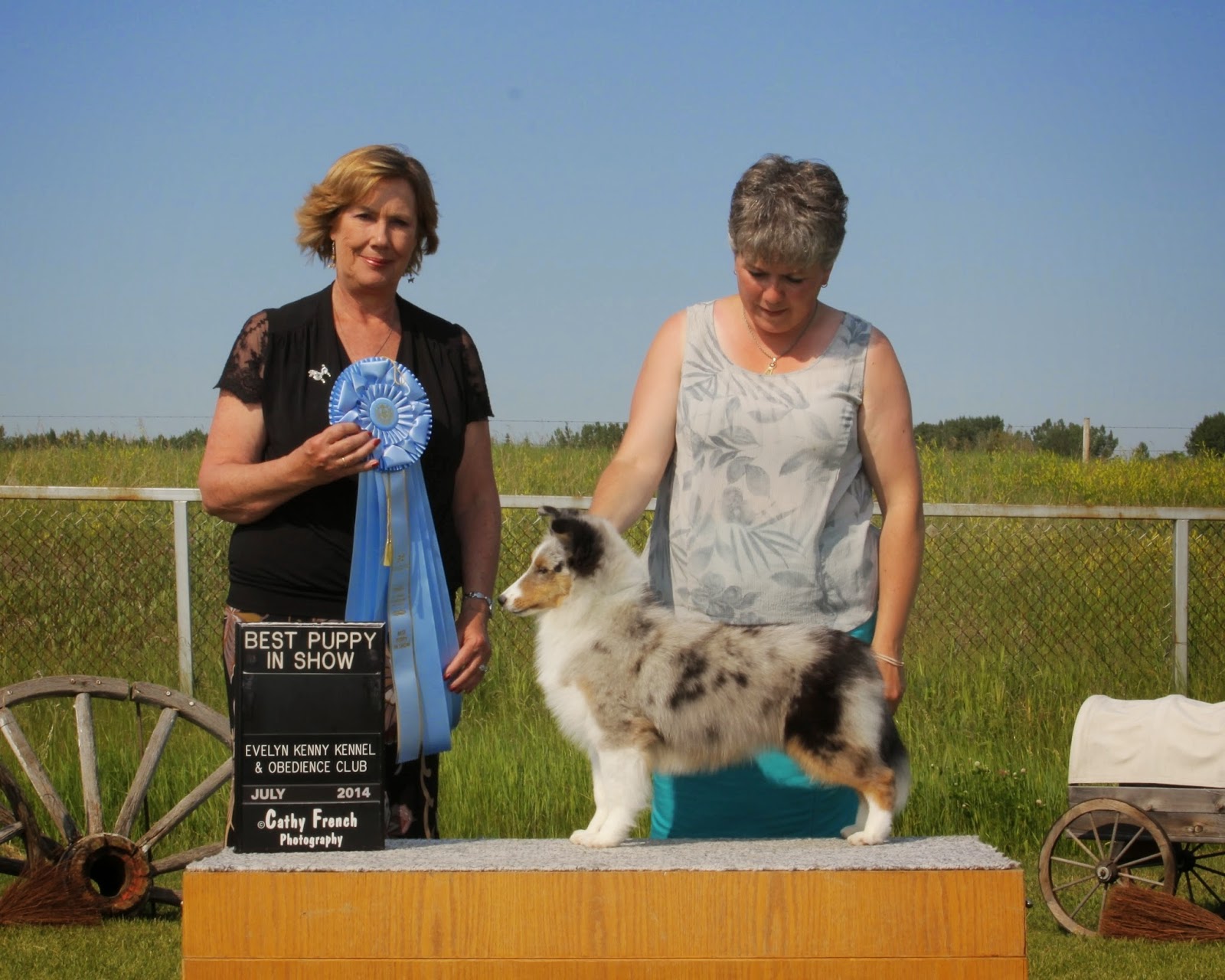 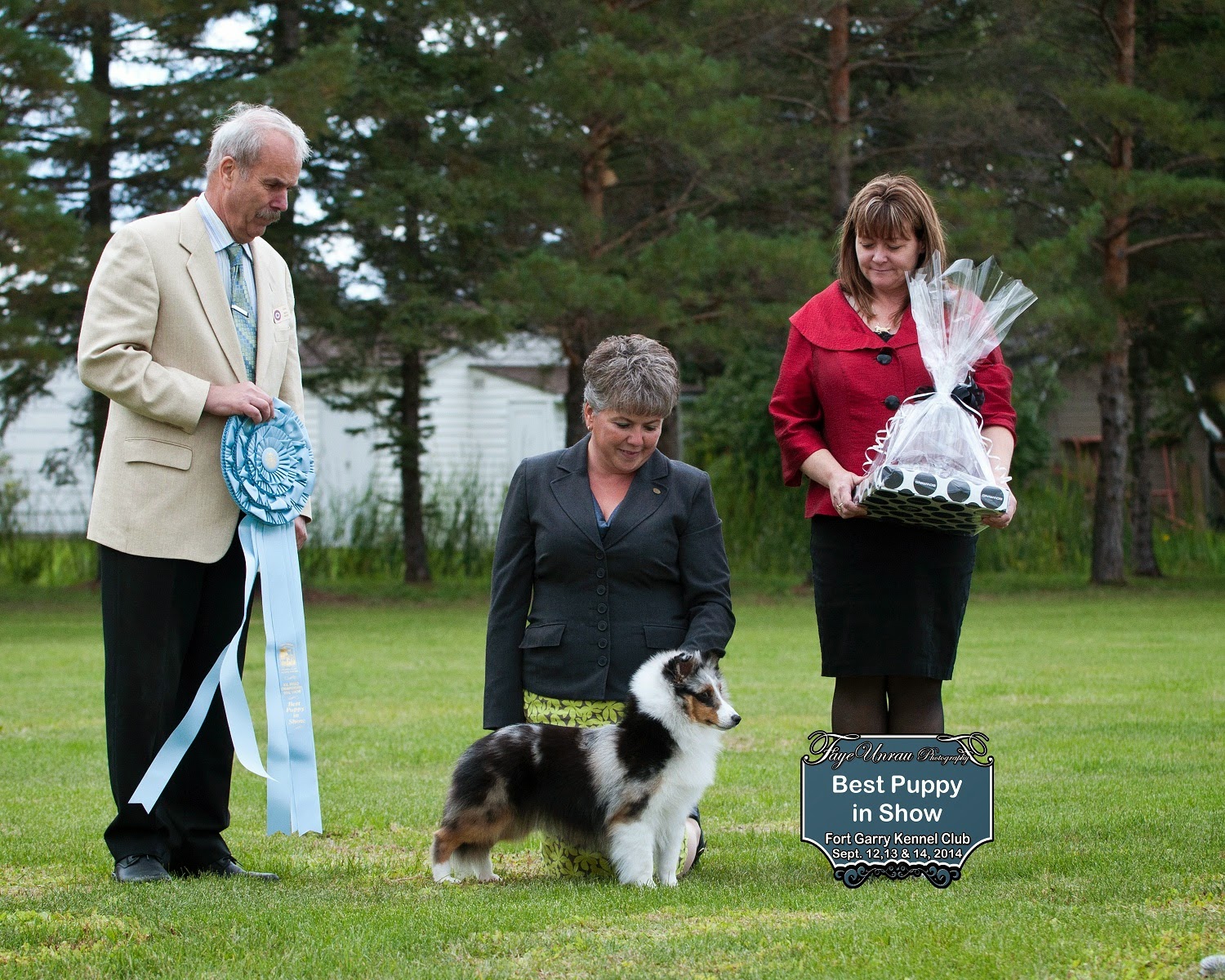 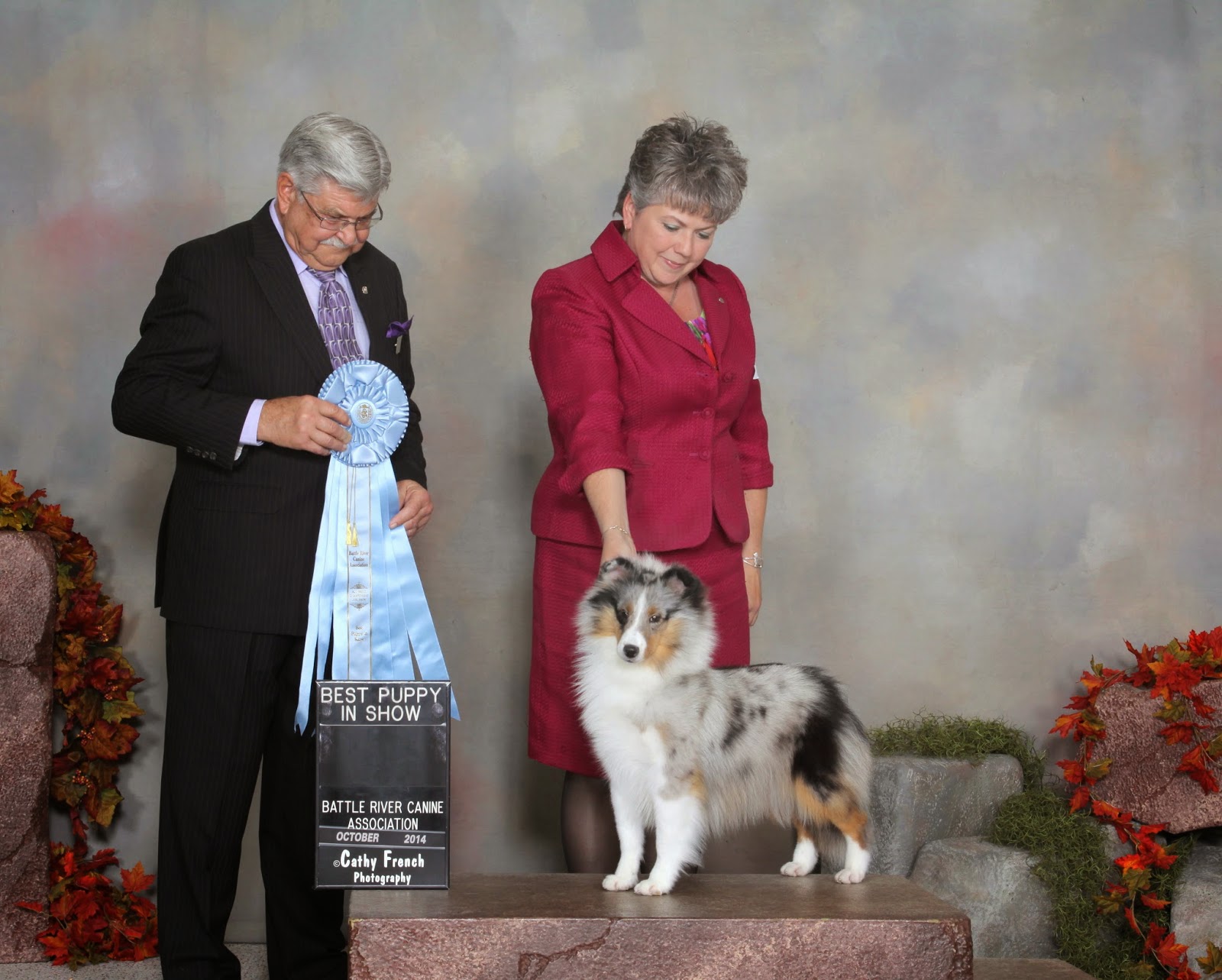 Posted by Cassbar Shelties at 08:33